What About Gavin McInnes?

Gavin McInnes. He moved to Brooklyn in the 90s, dressed like a passive aggressive fool and fop, co-founded VICE and is credited with "inventing the hipster." His obnoxiousness gets him run out of VICE, he co-founds a hipster marketing company called Rooster and, shocker, he's asked to leave Rooster after a few years. Too much of an asshole and a sexist. Addicted to attention, Gavin forms a polo shirt army of desperate American men named Proud Boys, in a nod to a song written for "Aladdin" but not included in the Disney movie. In the song, the young Aladdin addresses his mother, telling her he'll stop causing trouble and getting into mischief and make her proud one day. The song was written by two Jews (a people Gavin hates) within a story borrowed from Arab culture (a people Gavin hates). Ah, but this irony is not lost on Gavin because, similar to his hero Donald "John" Trump, all is a big, cynical joke to Gavin. Isn't that cool?! He's a fascist hipster! He's ironic whenever it suits him! Moral and intellectual consistency?! That's for losers!
The all male Proud Boys are "Fight Club" without the mystery and complexity, are "Clockwork Orange" without the imagination and social critique. They are morally bankrupt chumps whining about trans people and trumpeting "Western chauvinism." Did you catch the final word of the last sentence? Gavin thinks it's cool to privilege a culture that can be credibly accused of being on a 500-year crime spree - plundering, marauding, enslaving people and fouling the natural world - and not defend it on its merits, but on "chauvinism."
No matter! Violence and misogynist rhetoric are all just one big jolly romp for Gavin! This is fascism for handlebar mustache hipsters. Mussolini for the craft beer and tattooed man set. Gavin speaks about violence as something recreational and therapeutic. Funny, I've not noticed its salutary effects. Anybody I've ever known who is really into violence either ends up dead or a deeply embittered psycho. For Gavin, the fascist ethos of "might makes right" is a plucky fashion statement. The cheesy, retro Proud Boys logo looks like a cologne brand for eternally adolescent men. Funny, Gavin still stinks. 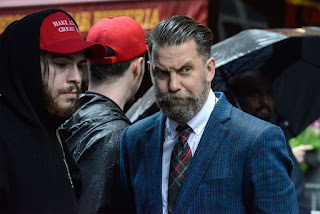 Posted by Dan Hanrahan at 11:26 PM No comments:

Hillary Clinton bears an enormous amount of responsibility for the election of Donald Trump. Her 2016 strategy was extremely cynical: to go as far right as possible and deliver for her 1% donors, while still hoping to squeak by and win, based on the fact that Trump is transparently a monster. It is a calculus based not upon principles, but upon profoundly jaded and self-serving thinking. Let’s take a look at how that strategy manifested itself in the presidential campaign and in her record as an ostensible public servant.
-- She offered no credible plan for combating climate change. She was proud to serve as Secretary of State under Barack Obama, who famously bragged about increasing domestic oil drilling more than any other president in US history.
-- She did not propose a credible plan for college debt relief.
-- She did not campaign on universal healthcare coverage.
-- Hillary Clinton did not propose any decrease in the criminally bloated military budget.
-- Her plan for the self-perpetuating and self-defeating boondoggle known as the “War on Drugs?” Stay the course.
-- Based on her Senate record and record as Secretary of State, Hillary Clinton was rightfully viewed as a hawk on military matters. Working class White, Black and Latino Americans have been disproportionately killed and unimaginably traumatized in Afghanistan and Iraq. A cheerleader for the insane "War on Terror" should not be expected to be popular in such communities. Trump was to the LEFT of her in his campaign rhetoric on military matters.
-- Many Black voters didn't bother going out to vote for Hillary Clinton because she never credibly showed herself to be an ally. Not being a performative racist jag-off, like Donald Trump, is NOT the same as being a proactive ally. She has said ignorant and offensive things related to race over the years; she backed her husband's garbage crime bill, a bill which extended the grim trend of mass incarceration; she offered no credible plan to address police killings of unarmed Black Americans. No support for reparations. No credible plan to address the savage economic, educational & health inequalities that are the result of our white supremacist history.
-- As Secretary of State, Hillary Clinton jetted around Europe lobbying Prime Ministers to start fracking and allow American companies there secure the contracts to do so.
-- As Secretary of State, Hillary Clinton championed the violent overthrow of the dictator Qaddafi in Libya - actions which helped to usher in the current failed state hellscape of Libya, featuring slave markets and the rise of Islamic terrorist groups.
-- On the campaign trail, Hillary Clinton assured the voters that she would work hard to hold Wall Street in check, so the unprecedented plunder and funneling of wealth to the 1% might slow. She was then famously caught on tape assuring a crowd of Goldman Sachs and other Wall Street flunkees that such talk was only rhetoric and that she would have their backs.
-- Hillary Clinton's disdain for working class Black & White folks was on display when she didn't bother to visit Wisconsin or Michigan, battleground states, in the heat of the campaign. Incomprehensible.
-- Hillary Clinton’s public statements on the woman who accused her husband of rape, Paula Jones, on Bill Clinton’s alleged paramour Gennifer Flowers and on Monica Lewinsky have been dismissive, unbelieving and disrespectful. If her statements about these women had come from a man, I would label such a man as sexist.
I have a particular contempt for people who think they can have it both ways in life. In this case, Hilary Clinton can be a toady for the idiotic and sociopathic policies of her 1% buddies and somehow also get the votes of the people that their policies, or lack thereof, are screwing. Life doesn't work that way. But arrogant people like Hillary Clinton like to think that it does. To act in this manner is galling enough, but then, to try to shift the blame for her loss onto the people she failed to offer anything better than "I'm probably not as bad as that maniac from Queens" and to actually write a book about the campaign titled "What Happened?" is insulting. What happened, Hillary? Well, a large part of the answer to that question is: You did.
Posted by Dan Hanrahan at 9:09 AM No comments:

Donald's tax returns reveal that he is The Kardashian President: a soulless ghost who is famous for being famous.  The only time  Donald did not lose hundreds of millions of dollars was when he was getting paid to pretend to be rich – on The Apprentice, through related merchandising and through endorsement deals. It is the greatest magic trick in American history. You play a character who is supposed to be the real you, but is not, and you are paid unspeakable sums of money for your representation of this person who does not exist. As usual, Jorge Luis Borges foresaw a precursor to such a turn of events. He wrote about a map that becomes so detailed and developed that it finally overtakes the actual territory, replacing it with its copy. What Jean Baudrillard points out in his essay that references the Borges fable is that the simulacra of late stage capitalism do not even have an original that they are portraying -- just as there is no real brilliant, rich businessman for Donald to portray. As we see, there is no actual "Donald Trump," there is only the simulacrum Donald. And reality bends to accommodate the simulacrum Donald. 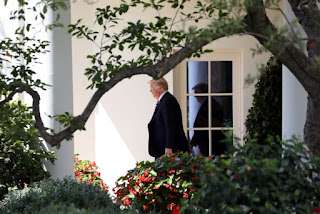 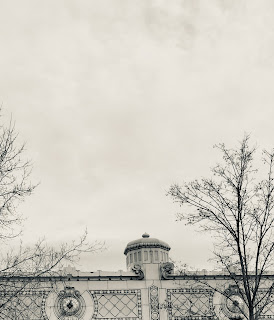 Posted by Dan Hanrahan at 9:40 PM No comments:

Posted by Dan Hanrahan at 1:31 PM No comments:

They breathe the violet onto the flowers

Their eyes shine out from the pines

They ride the tops

In the mountain tunnels

Theirs is the loneliness

They look at us

From the palms of our hands

On the backs of bullets

As they are made 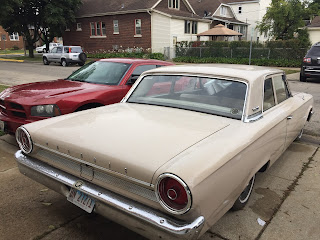 Posted by Dan Hanrahan at 3:25 PM No comments:

We stayed up late enough
To smell the bread on the wind
From the factory bakery
The president is hawking beans
From the White House
His smile looks like a star exploding
Men are walking into all night gas stations
And breathing onto candy bars
They’ll kill you if you say a word
Vauhxx Booker was chased into the Indiana Woods
By men of my “race” and they had
Tail pipe fire sparking in their eyes
Their voices were lava dust and diesel
Big bellies bouncing, threatening arms swinging
I didn’t think the fall would look like this
The same way the nation rose up
By threatening by killing
By lunging then leaping into death
Because dying is easier than living
And killing seems easier than loving 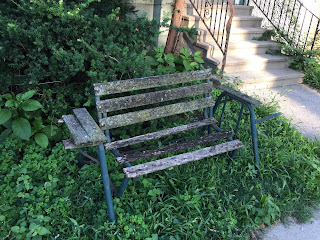 Posted by Dan Hanrahan at 5:42 PM No comments: